Get access to top destinations – Hue Imperial Citadel, you will travel back to royal time of Vietnam and learn many stories about history, culture, architecture, etc…

Pick up at meeting point then head to Hue city. Stop at Hai Van Pass in 15 mins to experience the amazing view which is called Ocean Cloud Pass and then 10 mins at Lang Co beach – the most beautiful beach in Vietnam.

Upon arrival in Hue, we will visit the Citadel, Hue’s prime attraction, which contains the Imperial City, the Forbidden Purple City and the Emperor’s Private Residence. After that, we will take a tour to Thien Mu Pagoda. Considered by many as the unofficial symbol of Hue, Thien Mu is an active Buddhist monastery with origins dating back to 1601. One of its most poignant displays is a car belonging to a former monk, who in 1963, drove to Saigon and set himself alight to protest against the South Vietnamese regime and its cruel treatment of Buddhist monks and followers. From here, we will go to visit the serene Khai Dinh Royal Tomb, designed to blend in with its natural surroundings and built on principles of feng-shui. 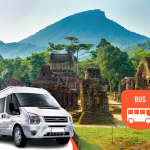 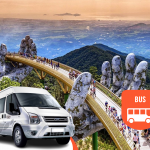 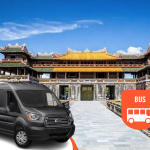